Comedian/Actor/Writer
Growing up with four older brothers gives you few choices – be the one that they all beat up; run like lightning so they can’t catch you; or become such a clown and put-down artist that they leave you alone so you won’t rag on them. Raheem chose all three. He got beat up plenty, but he had an answer for that – tell Mom then run away from his big brothers and get THEM in trouble! Raheem is a talented actor, with roles ranging from high drama to slapstick comedy, but his forte is comedy. With great timing and a masterful grasp of improvisation, he has performed in numerous nationally touring stage productions. He is talented, professional and dedicated to his craft. He attended the prestigious Groundlings comedy school to refine his improv skills. He has also been trained in comedy writing and performing standup. He has performed in such prestigious venues as the world famous Comedy Store in Hollywood; the Hollywood Improv; the Ontario Improv; and other local places such as Aces Comedy Club; Flappers, etc. When not performing standup or acting, Raheem holds down a full-time position in the medical field and is a dedicated family man. 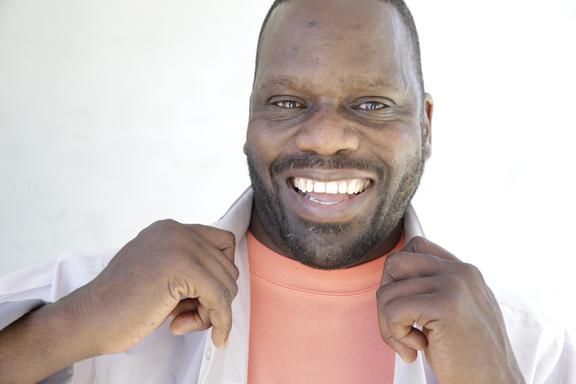